Excuse me.  I keep missing calls. It's a bit awkward, really.

Mr Bumpy's been trying to be a really good boss lately, and he got me a new phone.  He says a good business phone would be good for the Not To Be Taken Seriously image.  So he gave me this phone. It looks almost the same as Mum's, except Mum's says "Blackberry" and mine says "Backberry".

Mum's is a really good phone, so I think mine should be, too. But I can't seem to work out how to operate it. People keep calling and I can't work out how to answer.  Rupert says if it's important they'll leave a message - but I don't know how to get the messages. Chester says maybe the problem is my network. Does anyone know if "Vodaphone" is a good network? Mum says the problem may be that it uses AA batteries. 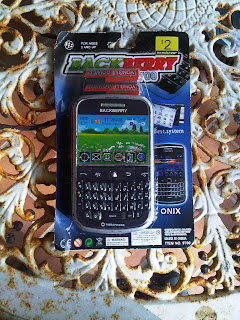 I'm getting really frustrated with my phone. I know Bumpy spent two whole dollars on it - which is more than he's ever spent on equipment for any of us - so I really need to learn. I wouldn't want him to think I was ungrateful, and maybe go back to being a mean boss.

So what's going on apart from the phone?

Well, Mr Bumpy's back at work again, but he's a reformed cat, or he's trying to be. He's decided to keep sharing the cat-it-orial, so everyone can get a turn now and then. He's also letting us have lunch breaks.

The vet told him to chill out, and let go of some control. He told Bumpy that calming down would help him with his industrial relations problems as well as helping him with little stress problem. So Bumpy's trying really hard to have his catnaps, and let everyone else have proper breaks as well.

Since he's trying to be a good cat now, we're also trying to help him out. We're sharing the work a bit more evenly, and even Chester's stopped sneak-pulling his tail.

Well, that's all the news.  Oh, wait.... Oh Dear, missed that call as well. Which button should I push?

Thanks for all the wonderful emails and jokes you've been sending in.  Please send us lots more, we really love to read them. Our email address is nottobetakenseriouslyblog@gmail.com.

As Mr Bumpy says, see you in the bloggosphere,
Cherry Rat
Receptionist