I'm told that Christmas is coming and that it might be a good idea if I actually gave something to someone this Christmas. The Rat Collective are all looking hopeful, the Twitters from the Birdcage are all sounding suspicious, and Mr Woof says he doesn't want anything from me at all -ever.

But, just as I've been told that this great time of year is coming, I've had an email from Lyndal R, who has sent this wonderful photo (below) which doesn't seem to have any explanation.  She suggested that readers might like to come up with a caption for it.

So, to prove I am actually a generous cat, this is what I'm going to do. On the Sunday before Christmas, I'm going to give a $AUD20 gift voucher to Iris' Shirt Shop to the person who gives me the best caption for this picture.

To enter, click on "Submit a Joke" at the bottom of this blog post, and leave your caption.  Although you can comment anonymously, you can only win if you leave me a way to contact you. (I just need to be able to email the voucher to the winner.)  So to be in the running you have to sign in with a Google account or similar.  I reserve the right to remove any entry I deem unsuitable from the site. (Kids look at this site sometimes.)

Alternately, you can enter by sending me an email at iriscarden@sometimesitislupus.com with the subject heading "caption contest entry."

The competition closes at 6am Australian Eastern Standard Time on Saturday, December 17, 2011, and the winner will be announced in the NTBTS Cat-it-orial on Sunday, December 18, 2011.

So, here is the photo you're trying to caption: 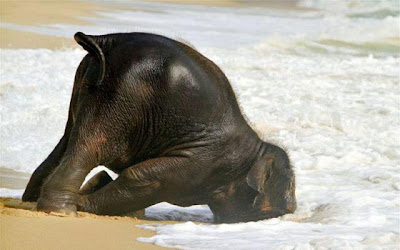 Have fun captioning, you have four weeks to come up with something astounding.

Yours faithfully.
Mr Bumpy
Bloggercat
at 06:00