It's the second night after the Budget was announced, which means it's time for the Budget Reply Speech.

For some reason the tv stations are showing Mr Abbott's reply, instead of mine, but really, mine's the most important.

The Federal Budget was a total fiasco.

There was nothing for anything really important - no catnip supply for cats who can't afford it; no funding to help homeless cats adopt humans; no funding to train humans in service to cats; and absolutely no funding for more green tape to protect the environment.

What can I say?

The humans have totally failed again.

A future Feline Pawty Government will get its priorities right. Our Budgets will focus on what's really impawtant. 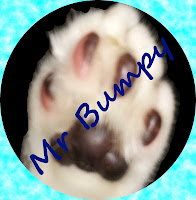