Things have settled down a bit around here.  I've called a truce, sort of, well, maybe more an uncomfortable semi-tolerance with Fanta.

As you know, I would never soften my anti-dog stance.  And I really did not need a sister.

But I have found Fanta has her uses.

She cleans dishes.  She sits and waits while I eat, and then when I walk away from my dish, she cleans up whatever is left over.  I like my Friskies freshly poured, and now Mum can't say, "But there's still Friskies in your bowl." My bowl is always empty, unless I'm currently eating.

She helped me get Mum out of bed this morning.  I went in and jumped on the bed and told Mum I was hungry. Mum did her "just ten more minutes" routine, but then Fanta leaped up on the bed. Apparently, when 17kg of flying bull terrier suddenly lands on a human, the human notices.

So Fanta does have her uses.

But really, the reason I've decided on ceasing, or at least reducing, hostilities, is that I had a night out.

Some of Mum's human friends came to visit the other day.  They brought a dog for a play date with Fanta.  Well, that was too much.

I went upstairs for a while, then I went out, and just didn't come home all night.

At all times of the night I could hear Mum going outside and calling me.  Mum likes to sleep at night, but if I'm out, she doesn't sleep, she worries about me and keeps looking for me.

But then I realised, Mum might be missing out on some sleep, but I bet Fanta wasn't.  Fanta was comfortable, sleeping in Mum's bed, where I could have been if I wasn't stuck outside.  Except, I wasn't really stuck, I was choosing to be outside.  I was outside my house, where I was Overlord, just because I didn't want to be with a dog.

It's my house.  I'm not going to spend all my time stuck up in my cat climbing tree, or outside or hiding, or whatever.  I'm just going to do what I always do and ignore the dog.  And if I can't ignore her, or use her for my purposes at the time, I'll scratch her nose and tell her to get out of my way. 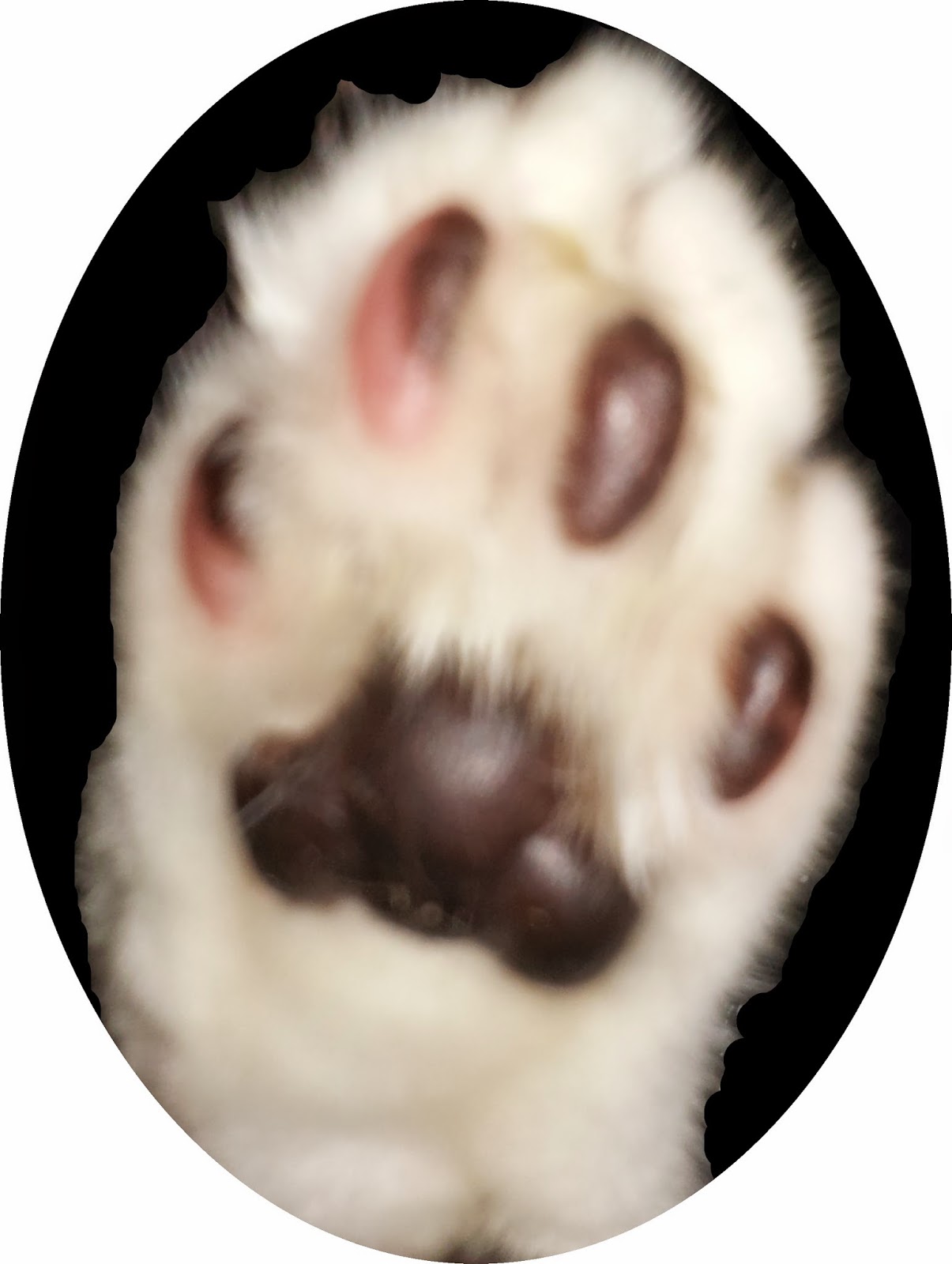