Mum is sitting quietly on the lounge, playing games on the laptop computer.

Miss Fantasia taxis full speed down the hall, achieves take-off speed, clips the edge of the coffee table with her paws as she flies across it, touching and destabilizing (but not quite knocking over) the vase of roses.  Her paws skim the top of the empty side of the couch, then she crashes over the arm rest, sticking her paw in Mum's glass, and tumbling into Mum's lap.  Immediately, Fanta, jumps up, throws her front legs around Mum's neck with her rear end on top of Mum's hands and the laptop computer.


Mr Bumpy, close behind Fanta, hurtles through the hall, leaps on the coffee table, and skids on the cloth. The vase of roses rocks ominously, but stays upright. Bumpy does a quadruple somersault, and lands, claws out millimetres short of Mum.

Mum: Bumpy! What did you do to Fanta?


Mr Bumpy regains he poise, and sits on the arm of the lounge in a dignified manner. 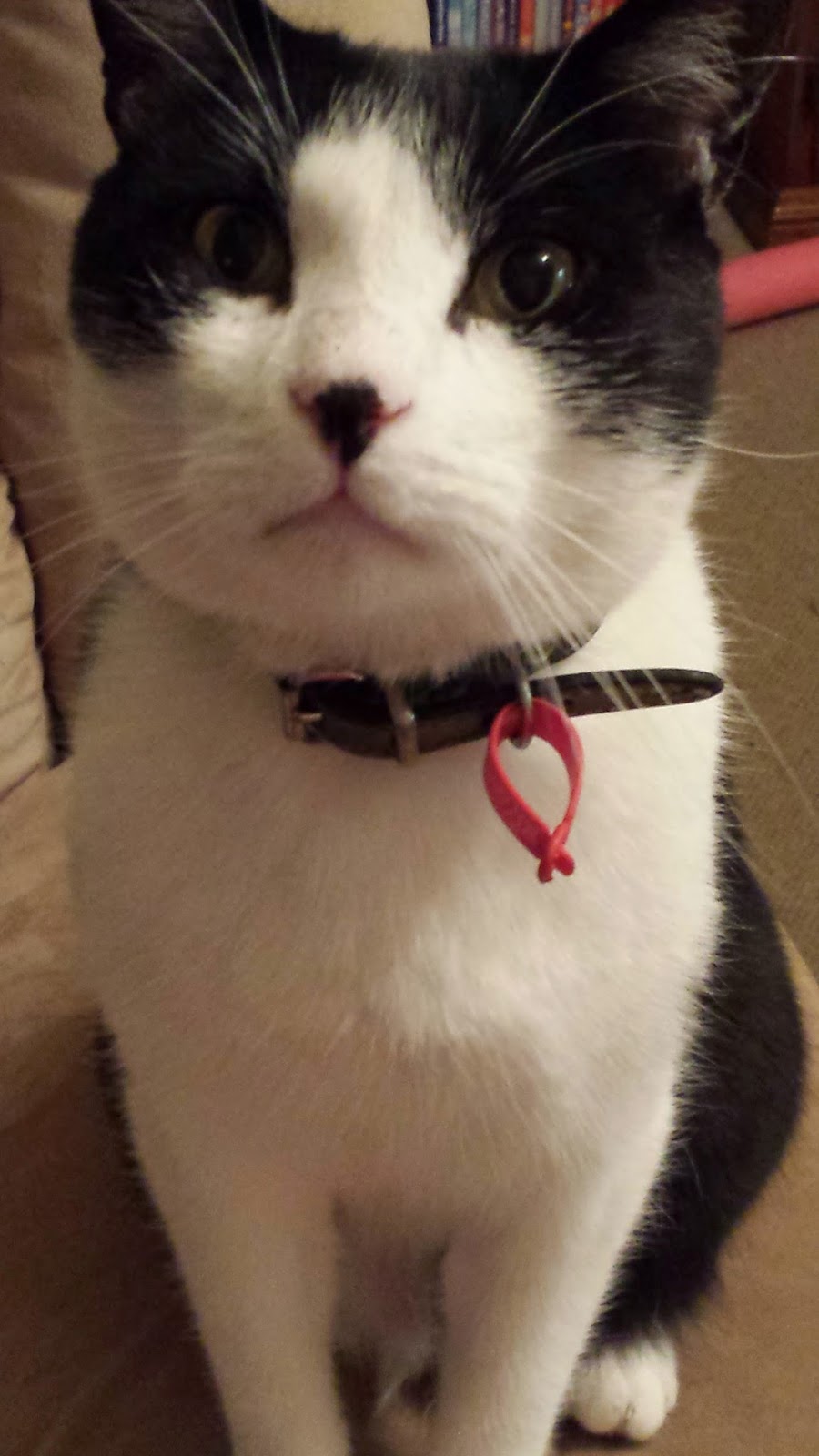 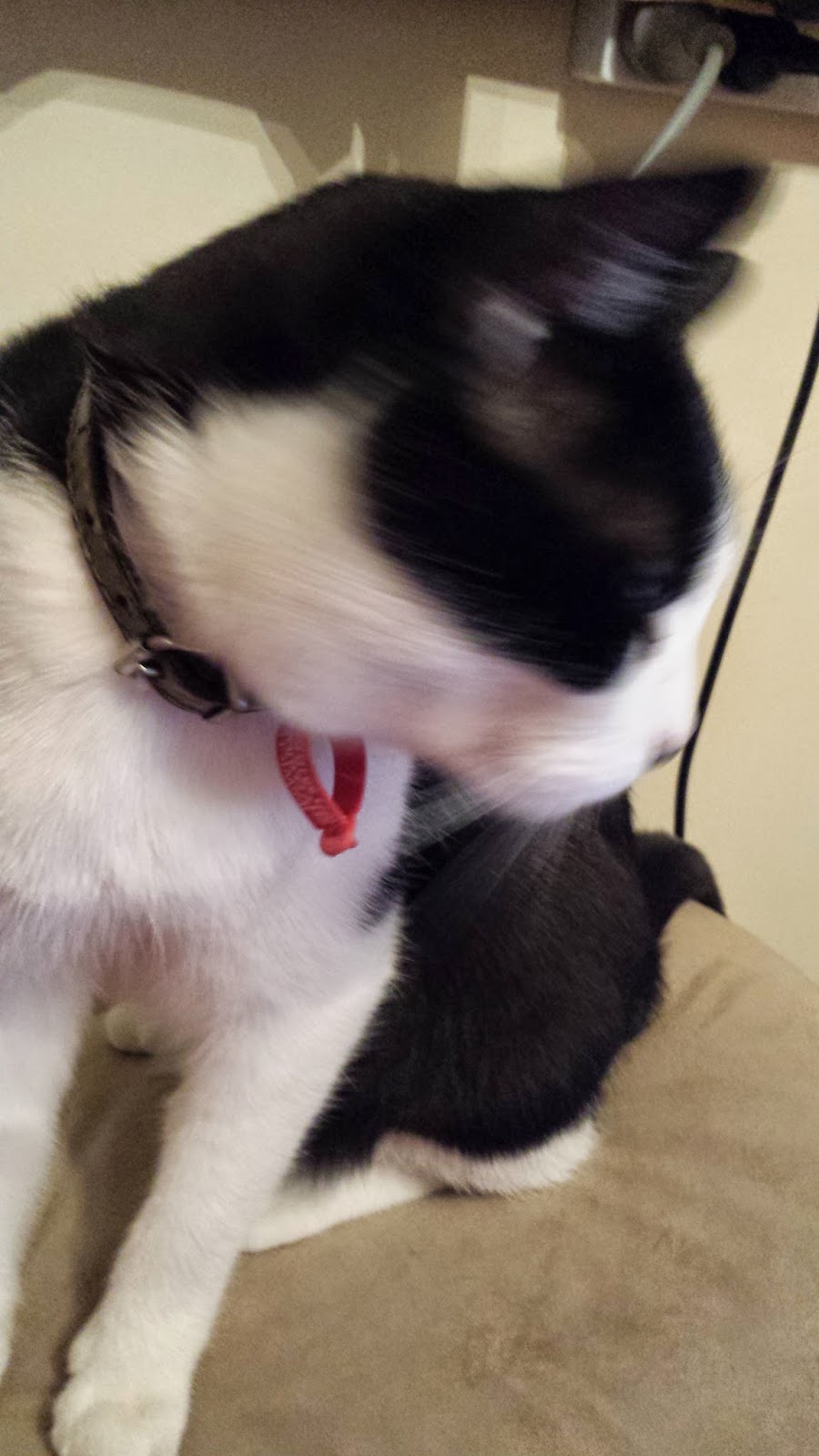 Mr Bumpy: That scaredy-dog is just running away from shadows. I'm completely innocent. And besides, you said she needed some exercise.

Fanta gets off the computer, and off Mum, and moves to the empty side of the lounge.  She lies looking guiltily at the roses, and doesn't say anything. 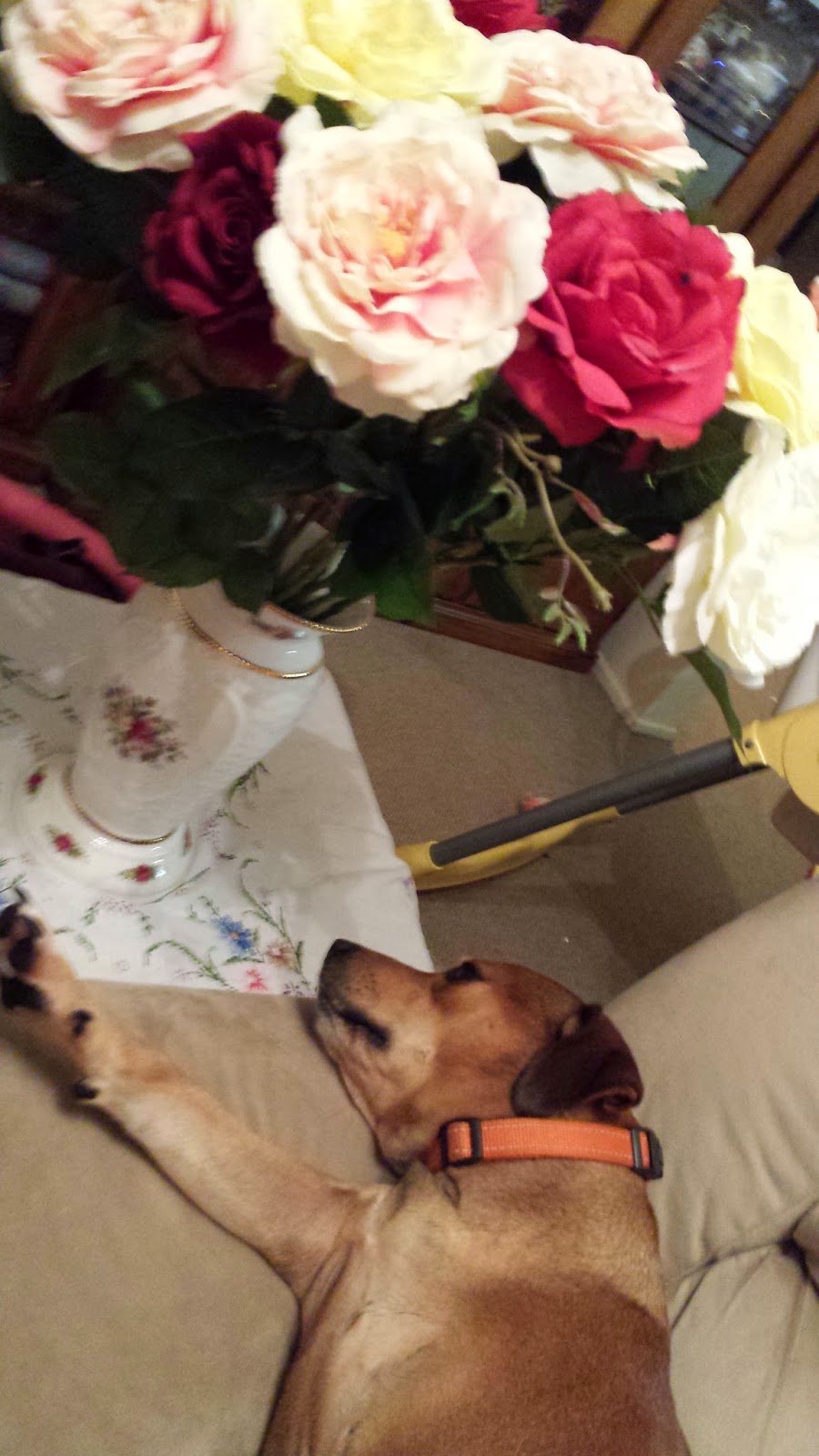 Mr Bumpy: You really shouldn't have got a dog, you know, especially not such a big scaredy-dog.

Email ThisBlogThis!Share to TwitterShare to FacebookShare to Pinterest
Labels: a moment in the mrbumpycat household, Bumpy, Fanta