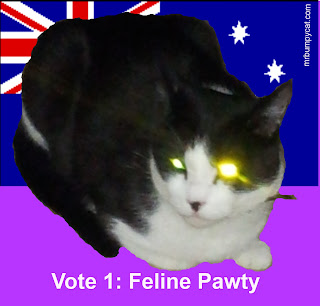 The Pawty's primary policies are:

Individual candidates will have some of their own policies with regard to local issues.


The Candidates Speak (or purr, meow, woof, tweet, squeak.....)
Links to Candidates' own blog posts about the election campaign
(candidates, please give your links to Mr Bumpy or Mr Woof to add to this list)

Tiger Stands Up For Cats Who Don't Have a Firm Meow - Tiger (Ryan, Qld)

Save the Planet, Vote for Billy - Billy The Pig (Wide Bay, Qld)


Want to be a Candidate?
Find out how here.
If the electorate you live in is already taken, please choose another one (after all, the human politicians do).  The complete list of Australian electorates is here.
Candidates who want to make campaign speeches, but don't have their own blogs to do it on, are welcome to email them to the Doggsbody, for publication in mrbumpycat.com.

Thanks to Hoummous, we have a campaign poster on Mr Abbott's fence 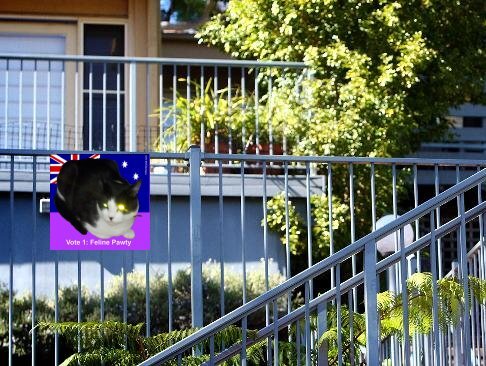 And thanks to Jessie, we have one on Ms Gillard's house 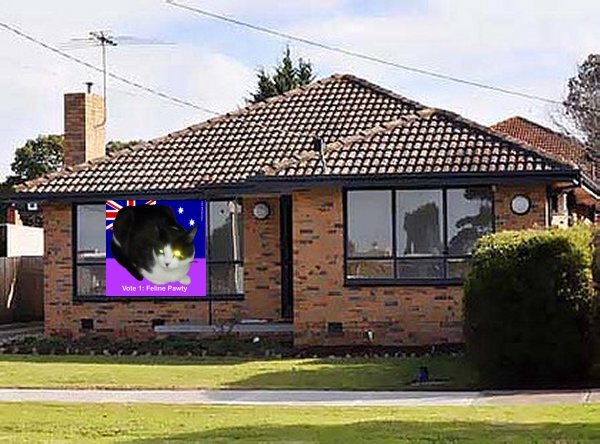 Feline Pawty.... because cats could run the country better than politicians.